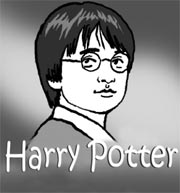 In 2000, 11-year-old Londoner Daniel Radcliffe auditioned for the role of Harry Potter. A year later, he had become the most famous kid in the world. “Harry Potter and the Sorcerer’s Stone,” the film adaptation of the first book in the Harry Porter series by J.K. Rowling, became a major box office hit, and the producers celebrated the beginning of a successful franchise.

At the time, however, no one knew how critical the growth of the child actors would be to the films. When Radcliffe appeared in the third film, “Harry Potter and the Prisoner of Azkaban,” in 2004, he was obviously different from the boy in the second film, “Harry Potter and the Chamber of Secrets.” In the “Azkaban” book, which was originally released in 1999, Harry is still a 13-year-old boy, but Radcliffe had turned 15 by the time the movie came out. To address this problem, the film characters were redrawn to match the adolescent actors. J.K. Rowling began reflecting these changes in the sixth book, “Harry Potter and the Half-Blood Prince.” It was a rare case of real life influencing fiction.

Aside from their sudden fame, the adolescent actors in “Harry Potter” had another problem to deal with: the longer the movies went on, the more difficult it was for the actors to distinguish themselves from their characters in the eyes of the public. It’s a common conundrum for actors who have played the same character for a long time. Leonard Nimoy, who played Spock in the original “Star Trek” series, had been associated with the character so frequently that the title of his autobiography is “I Am Not Spock.”

Japanese actor Kiyoshi Atsumi, who starred in 48 episodes of Yoji Yamada’s “It’s Tough Being a Man” series, responded to this problem in an eccentric way. Atsumi played the role of Torajiro for 26 years from 1969 until one year before his death, and was adored by his Japanese fans. But unlike his character, Atsumi was a shy man. When he realized that people expected him to behave like Torajiro, Atsumi chose a life of seclusion. He wouldn’t go out with his fellow actors and he wouldn’t even speak on the phone.

In a recent interview, Radcliffe said that the last 10 years were wonderful, but he no longer wants to hear people asking him to do magic. He said he was happy when someone complimented his acting in the play “Equus.” His first film after “Harry Potter” will be “The Woman in Black,” and it starts with a close-up of Radcliffe without his glasses. Let’s hope he - and his co-stars - is able to free himself from his magical alter ego to show us what he’s really made of.