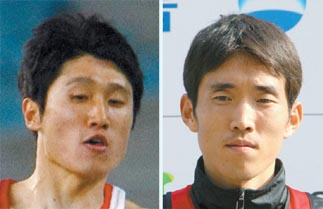 Korea may not have world-class track-and-field athletes, but the host nation of the World Championships hopes to have at least one competitor in the final round of at least 10 events.

As the host country, Korea is given an advantage by being able to send one athlete into each event without qualifying with an A-standard or B-standard - times or distances good enough to qualify for the World Championships - but the athletes have been working to earn a pass on their own. So far, 31 athletes have qualified at least for the B-standard qualification and are ready to compete at the Worlds.

Among those Koreans, marathoner Ji Young-jun, triple jumper Kim Deok-hyeon, and race walker Kim Hyun-sub are considered to have a shot at a top 10 finish.

Ji, 30, was the gold medalist in the Asian Games last year and Kim, 26, recently topped the triple jump in the Colorful Daegu Pre-Championships Meeting, a May tune-up event. Kim Hyun-sub is ranked seventh in the world in 20 kilometer race walking and has qualified with an A-standard time.