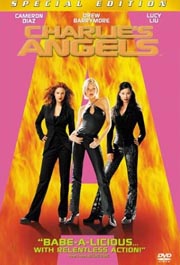 Making a re-reboot of the iconic girl-power franchise “Charlie’s Angels” that initially caught fire on TV in the 1970s and morphed into two movies in the 2000s takes a certain degree of creative moxie.

But having courage, utilizing skill and being aggressive - all characteristics of muscled-up moxie - seems appropriate for the upcoming “Charlie’s Angels” that is being pitched as an action-adventure show for a new generation of TV audiences.

This third time around in a TV show set to debut this fall on the ABC network, new “Angels” Minka Kelly, Annie Ilonzeh and Rachael Taylor are serious-minded detectives with the muscles to match in a crime show filled with action.

The Angels turned up at the giant Comic-Con International convention in San Diego late Saturday to show off footage from their TV pilot and take questions from fans curious for a glimpse of the newest incarnation.