Korea and the banality of evil

Korea and the banality of evil 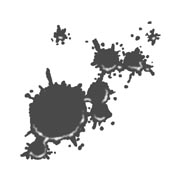 In December, 1961, Adolf Otto Eichmann stood trial for crimes against humanity and war crimes in Jerusalem. Eichmann was one of the primary organizers of the Holocaust during World War II. He lived under a false identity in Argentina until he was captured by Israeli intelligence Mossad operatives and transported to Jerusalem.

Hanna Arendt, a German-born Jewish political theorist, reported on the trial in an article that eventually became the book, “Eichmann in Jerusalem: A Report on the Banality of Evil” (1963). In it, Arendt argued that the root of Eichmann’s crimes against humanity was related to his lack of judgment in following orders without thinking critically about his actions, describing it as the “banality of evil.” It was a shocking conclusion.

What makes a criminal a criminal may be related to DNA. A compulsion toward antisocial behavior combined with expansive delusion could drive an ordinary man to commit the most inhumane crimes. Sigmund Freud once said a criminal may be as dangerous as a child who wields unchecked power, because both lack control over their feelings. If ethnic, religious or cultural discord is involved, rejection of the criminal may develop into madness.

On September 18, 1982, people around the world were shocked by the Sabra and Shatila massacre in Beirut, Lebanon. Under the tacit approval of Israel during the invasion of Lebanon, a pro-Israeli Christian-Lebanese militia killed over 2,000 Palestinians in a refugee camp.

Although the Jews were the victims of Hitler’s ethnic cleansing, the fact that the Jews neglected the mass killings of Palestinians has shown that madness can make human nature take a sudden turn.

The massacre in Norway committed by a 32-year-old Christian fundamentalist has put the criminal psyche on display. The perpetrator of the Norway attacks had the delusion that he would become the “greatest monster ever.” He went on a hunt for people without remorse. He also rejected strangers and felt anger against Islam. It is frightening that the mass murderer has claimed that Korea and Japan are the countries that best preserve cultural conservatism and nationalism, and should be taken as a role model for Europe. The tragedy in Norway raises serious questions for Korean society, where religious discord and racism are surfacing with increasing, and frightening, frequency.