Waterworld on the Han River ­

Waterworld on the Han River ­ 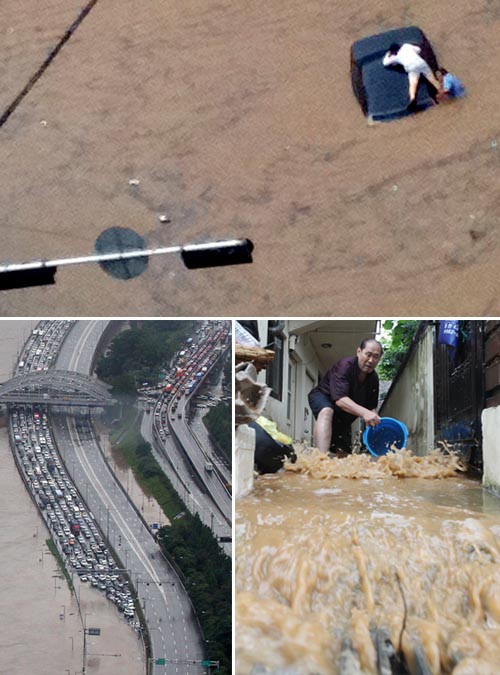 Left, vehicles stuck on Olympic Highway in Seoul after the Han River flooded the road.

Above, a motorist waits to be rescued from the roof of his car yesterday in an inundated intersection near Gangnam Station in southern Seoul.

Right, a resident clears water from his house in Bangbae-dong, southern Seoul.