King of the beasts, human protector

King of the beasts, human protector 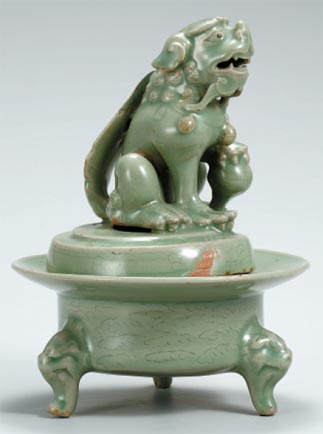 This incense burner is believed to have been created for use on a Buddhist altar because of its lion-shaped cover. The lion appeared in stone pagodas, lanterns and other Buddhist ceremonial instruments because it was believed to be a protector in the Buddhist community.