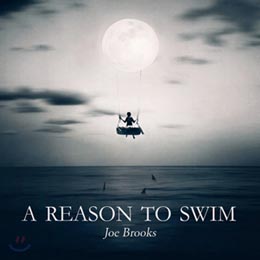 British independent musician and singer-songwriter Joe Brooks has returned with a new EP, “A Reason to Swim.”

Brooks, a self-made star who rode the nascent popularity of social networking sites to top the U.K. MySpace charts, subsequently published an album on his own and held two U.K. tours without the help of any record label or agency. Brooks’ early career is best defined by the single “Superman,” an acoustic love song about winning over the girl of your dreams.

Beginning with “OK,” an upbeat love song about a boy with a crush, and ending with “For You,” a slower breakup song, Brooks has created a dramatic album that charms the listener with its sense of intimacy. It is as if Brooks is singing for your ears only. The title song, “Holes Inside,” is notable for its poetic lyrics.

Brooks will perform at the Pentaport Rock Festival in Incheon on Sunday.

Joe Brooks “A Reason to Swim”