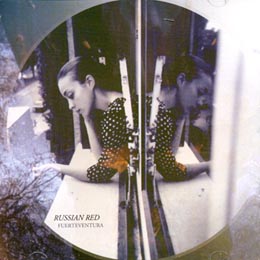 “I Hate You but I Love You,” the lead single of Russian Red’s second EP “Fuerteventura,” reaffirms the soulfulness of the Spanish singer’s sweet and youthful voice. It also features a nifty remix of “Cigarettes,” the lead single of her debut album “I Love Your Glasses” (2008), which sold over 40,000 copies and achieved gold status in her homeland.

Russian Red is the pseudonym of Lourdes Hernandez, a 25-year-old indie folk singer from Madrid. She chose the name after meeting a girl whose lipstick color made an indelible impression on her.

Hernandez grew up listening to English songs and cites the Beatles as her greatest influence, but first-time listeners may initially mistake her for an American folk singer.

In light of the popular reception she enjoyed in June while on tour in China, Korea and Taiwan, Russian Red released a deluxe edition of her album here late last month.