Doing our part to secure Dokdo

Doing our part to secure Dokdo 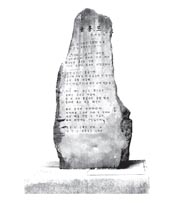 Ulleung Island is a place with a painful history. It was part of the autonomous state of Usanguk until the Three Kingdoms period, but its fate changed in 512, when Gen. Kim Isabu of the Silla Dynsaty (57 B.C.-935) invaded. The general brought wooden sculptures of lions and threatened to unleash them if the island residents didn’t follow his orders. The islanders surrendered, and the tributary relationship between the island and the mainland continued until the early Goryeo Dynasty (918-1392).

The island’s fate changed drastically when the Jurchens began to attack and pillage the island in the early 11th century. Although the islanders escaped to the mainland, the entire island came under the direct control of Goryeo. But the islanders’ ordeal was not over. In the early Joseon Dynasty (1392-1910), the people of Japan’s Tsushima Island began eyeing Ulleung Island and Japanese pirates frequently attacked. In the end, King Taejong adopted an “empty island” policy and moved all Ulleung Island residents to the mainland.

Amid the chaos, one fisherman stood up to fight for Joseon’s sovereignty over Ulleung Island. An Yong-bok was posthumously made a general for his courage and patriotism. He was fluent in Japanese, having spent much of his early life in Dongrae (now Busan), where exchanges with Japan were common. In 1693, An was captured by Japanese fishermen while operating near Ulleung Island and taken to Okishima in southwestern Japan. While in the custody, he continued fighting for the island. He eventually obtained a statement from the shogunate government of Japan acknowledging that Ulleung Island was Joseon territory. Thanks to his actions, Japan can make no territorial claims over Ulleung Island. Unfortunately, the situation is not the same for the Dokdo islets.

Members of Japan’s Liberal Democratic Party recently attempted to visit Ulleung Island to raise a territorial dispute over the Dokdo islets, even though our government said they would be refused entry. No one knows how the Dokdo crisis will unfold, but just as a fisherman’s patriotism defended Ulleung Island, we too can do our part to secure Dokdo.