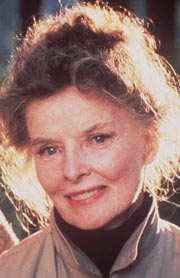 The former estate of legendary actress Katharine Hepburn, who died in 2003, is up for sale with a $28 million asking price.

The large six-bedroom house in the shoreline community of Old Saybrook in Connecticut was sold by Hepburn’s estate for $6 million and has undergone significant renovation and updating since 2005, listing agent Colette Harron said on Monday.

Hepburn, who died at age 96, spent her final years at the house, which was built in 1939 after the Hepburn family home was destroyed during the 1938 hurricane that devastated large sections of the southern New England coastline. The three-story, 15-room brick Colonial features seven full bathrooms, a two-car garage, a dock and beach, and 680 feet of waterfront on Long Island Sound.

The four-time Oscar-winning actress once entertained Howard Hughes at the home, a scene that was dramatized in the 2004 film “The Aviator.” Cate Blanchett’s portrayal of Hepburn won the actress a best supporting actress Oscar.