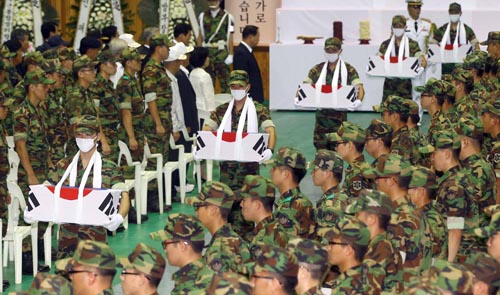 A mass funeral for 303 soldiers fallen in the Korean War, whose remains were found in a recent recovery operation by the Army, took place at a stadium in Inje, Gangwon, yesterday. The remains will be moved to the forensic lab of the National Defense Ministry for further identification and analysis and ultimately be buried at the National Cemetery. By Kim Sang-seon