Too cool for the pool

Too cool for the pool 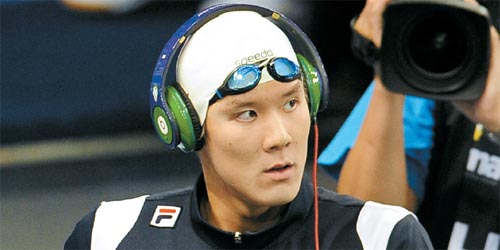 Swimming star Park Tae-hwan was again spotted wearing headphones a habit he had once said gives him peace of mind before races — during the FINA Swimming World Championships in Shanghai held July 16 to 31.

The pair he is wearing here was custom-made for the fashion-conscious Olympic gold medalist by Beats by Dr. Dre.

In each round of competition at the Worlds, Park appeared with different sets of headphones in a variety of designs and color combinations — from gold and red to silver and transparent.

This photo was taken on July 27 after he failed to reach the 100-meter finals. [NEWSIS]