Seoul shows its dramatic side

Seoul shows its dramatic side 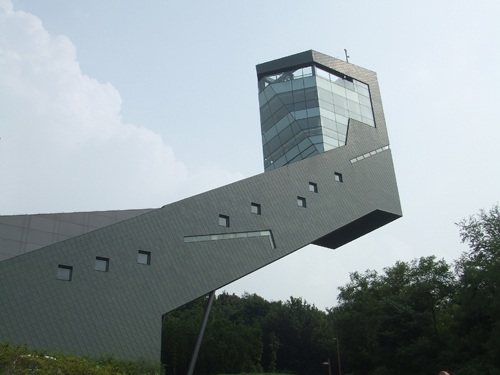 The observatory at Dream Forest in Gangbuk District, northeastern Seoul, is one of the locations where “Iris” was shot.


A popular watercooler conversation in Korea involves dissecting the latest television dramas and guessing at the locales featured in previous episodes. And as Korean dramas gain traction around the globe, bolstered by great writing and beautiful locations, foreign viewership has increased. Even if your Korean is not good enough to follow the dialogue, it’s worthwhile to watch them for the locations in which they are shot, especially if you are living here and can see the places for yourself.

Here are a few dramas and their locations to get you started. 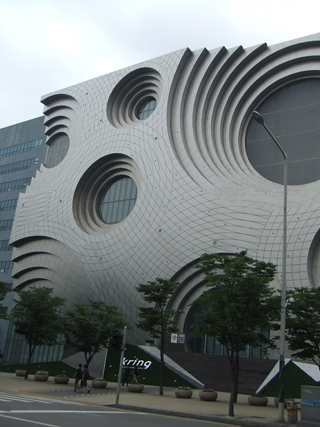 “The Greatest Love” aired earlier this year. The plot follows Gu Ae-jung (Kong Hyo-jin), who was a member of the fictional girl band National Treasure Girls that was popular 10 years ago. Now seen as washed up, Ae-jung is desperate to appear on any program to make a living. One day she meets a top star, Dok Go-jin (Cha Seung-won), by chance and overhears that he bribed a famous director to get a leading role in a Hollywood movie.

When Ae-jung unintentionally reveals the secret on a TV show, the two begin a tangled relationship. Meanwhile, Pil-ju, a doctor of Eastern medicine, appears on a dating program. He has no interest in the entertainment industry, but finds himself attracted to Ae-jung, one of his dating partners on the show.

One of the backdrops of the drama was the Choonwondang Museum of Korean Medicine in Jongno District, central Seoul. This museum and clinic stand in for the site where Pil-ju sees his patients and dreams of Ae-jung.

Actor Kim Seung-woo looks out over the river from this steel structure, which sits over at the Han River near the Hannam Bridge and became famous after it appeared in “Iris.”Provided by Taewon Entertainment

The Choonwondang Museum is a traditional medicine clinic that also houses a museum of artifacts related to Korean medicine. In its 160-year history, the clinic has been run by the same family, most of whom are professional Eastern medicine doctors.

With its transparent glass walls, the museum’s facade is surprisingly modern. The clinic boasts long-rooted but innovative facilities such as a medicine manufacturing lab and a pesticide control room.

The museum, located on the fifth floor, displays various medicinal tools and other cultural assets. The items found here include acupuncture needle cases, herb grinders, herb mortars and decocters (tools that extract medicine by boiling herbs) used during the Goryeo and Joseon dynasties. Some 150 artifacts are on display, including silver spoons used to detect poisons, surgical tools, porcelain and celadon medicine cups, as well as maps of the human body’s energy pathways showing the pressure points to stimulate with acupuncture needles.

Don’t skip the medicinal product manufacturing room on the third floor. In this room, patients can actually watch how the medicine they will take is being made.

“Iris” is a drama from 2009 that has enjoyed enormous international popularity. With a huge budget of $17 million, the drama was filmed not only in Korea’s capital, but also in locations around the world, including Hungary and Japan.

Two best friends, Kim Hyeon-jun (Lee Byung-Hun) and Jin Sa-woo (Jung Jun-ho), are recruited into the National Security System, Korea’s intelligence agency. Even though they have to compete against each other to become the top agent, their friendship deepens. Unfortunately, they both fall in love with Choi Seung-hee (Kim Tae-hee), another agent at NSS.

Hyeon-jun is sent to Hungary on a mission, but it turns out he has been trapped in a conspiracy set up by a military organization called Iris, which is aimed at deterring the reunification of the two Koreas. While Hyeon-jun tries to outwit Iris, Sa-woo receives an order from the NSS to kill his best friend. “Iris” is action-packed, combining romance, suspense and an evolving conspiracy.

Among the local filming locations, one public park is worthy of notice: Dream Forest in northern Seoul. The observatory in the park is where Hyeon-jun secretly meets with the South Korean president.

If you are looking for nature in the midst of your hectic urban life, Dream Forest is a great option. Once a theme park, Dream Forest has been renovated into a green park providing facilities and cultural activities.

An iconic landmark in the park is the observatory. To get there, you need to take the elevator from the Art Center. Unlike conventional elevators, this one runs on a diagonal. The angle changes from 16 degrees to 21 degrees in the middle of the track, and to reach the top it takes one minute to run the total distance of 67 meters. With an altitude of 139 meters, the observatory overlooks northern Seoul, with a panoramic view of Bukhan, Dobong and Surak mountains. The observatory is only open on weekends. The elevator and surrounding buildings are covered with photos of scenes from “Iris.”

Park Gae-in (Son Ye-jin), a furniture designer, is clumsy at everything, including love. She lives in a modernized hanok (traditional Korean house) designed by her architecture professor father that is closed to the public. This all-thumbs girl is dating Han Chang-ryeol (Kim Ji-seok), director of a prestigious construction company, but he is cheating on Gae-in with her roommate and even planning a marriage behind her back.

Meanwhile, Chang-ryeol is competing against Jeon Jin-ho (Lee Min-ho) to win a contract with the Dam Art Center. To win the project, Jin-ho wants to know more about the hanok, a construction style the Dam Art Center director has a deep affection for. It just so happens that Gae-in is looking for a roommate, and Jin-ho pretends to be gay in order to move in with her and dig up the architecture secrets. At the same time, the DAC director, who actually is gay, finds himself attracted to Jin-ho.

Rakgojae (Sanggojae in the drama) is the hanok in the drama series. Meaning “a place to enjoy tradition,” Rakgojae is a hanok guest house in Gye-dong, Jongno District, that offers a glimpse of the lifestyle of Joseon-era scholars.

Go to Anguk Station, line No. 3, exit 2. Walk toward the Board of Audit and Inspection. Turn into the alley in front of the Jaedong Building and walk for another five minutes.

Kring is a new cultural landmark in Gangnam. This creative cultural space showcases a variety of arts ranging from architecture and fashion to installations and digital art.

The unique facade of the building is itself a large-scale urban sculpture. Circles are a theme throughout the building, but the front wall is reminiscent of stereo speakers, hinting at the name of the building. “Kring” means “circle” in Dutch.

The Atrium and Art Square on the first floor are open galleries, decorated with sculptures and installations by young artists. Kring Cinema contributes to art advocacy by offering independent and noncommercial films, with all the proceeds from ticket sales contributed to developing artistic movies in Korea.

At night, Kring’s facade is lit with colorful lights, brightening the whole area.

Go to Samsung Station, line No. 2, exit 3. Walk straight about 200 meters and Kring is on your right.

The next time you’re sitting on the couch watching TV, check out some Korean programs. If the story doesn’t have you hooked, if the beautiful actors and actresses aren’t enough, check out the locations and you can tell your friends you’ve been there. They will likely be impressed.michyk@sba.seoul.kr]