Prosecutors succumb to sway of politics

Prosecutors succumb to sway of politics 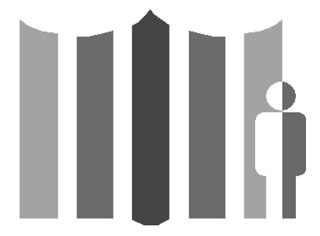 In 1994, prosecutors decided to drop charges against a group of military leaders who had led the Coup d’etat of Dec. 12, 1979, despite the conclusion that they were responsible for staging an insurrection. But shortly after President Kim Young-sam declared he would correct history, the prosecution reversed its decision and punished former Presidents Chun Doo Hwan and Roh Tae-woo. The whole episode is remembered as an embarrassment of prosecutors succumbing to politics.

In 1949, the Seoul District Prosecutors’ Office arrested Yim Young-shin, then commerce minister, for receiving 5.95 million won ($5,500) from the business community to prepare a birthday gift for then President Syngman Rhee. Rhee pressured the prosecution to drop the charges against the minister, but Choi Dae-kyo, then the head of the Seoul prosecution, pushed forward the indictment. It is remembered as a famous case of prosecutors refusing to summit to politics.

The inappropriate relationship between prosecutors and politicians started to bloom during the Park Chung Hee administration. Some prosecutors directly participated in Park’s move to revise the Constitution. Some tried to please powerful politicians during the Chun and Roh administrations. They enjoyed the power of detention warrants. They were rewarded with promotions. Even after military rule ended, some continued to make headlines for their cozy relationships with politicians.

A prosecutor in Busan was recently indicted on charges of violating his political neutrality because he is a member of the Democratic Labor Party. Last month, a female prosecutor in Suwon was discovered to have joined the DLP in school and is still a member. For a prosecutor, the temptation of ideology is fatal. It often distorts the standard of law, particularly in politically sensitive cases. If a prosecutor attempts to change the world with an investigation, it becomes fascism, said Yusuke Yoshinaga, who was the chief prosecutor for the Lockheed bribery case in the 1970s. There are fears that the Korean prosecution is becoming a roulette table of ideologies.