Daegu Worlds will be a huge success: IAAF

Daegu Worlds will be a huge success: IAAF 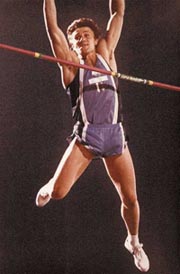 The city of Daegu is poised to host a successful Athletics World Championships this month due to the strong teamwork of organizers, a senior official of the international athletics governing body said yesterday.

In an e-mail interview, Sergey Bubka, six-time pole vault world champion and senior vice president of the International Association of Athletic Federations (IAAF), said he was “very positive” about the Aug. 27-Sept. 4 event.

“As a chairman of the coordination commission of Daegu, I know that the organizing committee along with commission members and IAAF administration did a great job to arrange the exceptional world championships,” Bubka said. Daegu, some 300 kilometers southeast of Seoul, is a first-time host of the signature IAAF event, in which nearly 2,500 athletes from at least 207 countries are expected to compete 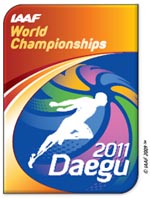 As a former champion, he said he was looking forward to watching a new generation of stars “prove their status at the world sport stage.”

“The best thing in athletics is that it has a lot of disciplines and many world-class athletes in every discipline,” Bubka said. “That is why every competition session will bring us a great show and a great celebration of human spirit.”

“There are some athletes who are not only great champions or potential winners, but also global stars and role models for millions of people all over the world,” Bubka said.

No Korean has won a world championship medal. Korea is trying to avoid becoming just the third host to be shut out of the medals at the championships.

Bubka said Korea should use this year’s championships as a launching pad for a better future.

“The coaching and competition traditions are stronger in Europe and the U.S, but now the IAAF makes its best [effort] to expand the geographical borders of the sports and involve new countries in hosting athletics events,” he said. “By giving your city and your country the right to host such a global event, by bringing the brightest athletics stars to Daegu, we give a boost to athletics in Korea.”

Bubka said Korea will need superstars to become more of an “athletics country.” He added he was hopeful of success “in the close future” since the country has made progress by working with the IAAF.