All the world’s on stage in annual theater festival

All the world’s on stage in annual theater festival

The satirical comedy “The Imaginary Invalid” by Moliere is part of the fifth World Festival of National Theaters, which runs from Aug. 31 to Oct. 30 at the National Theater of Korea.


The National Theater of Korea’s annual World Festival of National Theaters returns for its fifth year with some of the best productions by theaters in nine countries from all over the world, including France, the Czech Republic and China. The festival, which starts Aug. 31 and continues until Oct. 30, showcases 30 productions ranging from theater and dance to opera and experimental works.

In its five-year history, the festival has presented works from 29 countries including the Netherlands, Greece, Norway, Thailand, Philippines, Slovakia and Egypt.

One of the highlights of this year’s festival will be Comedie Francaise’s production of “The Imaginary Invalid,” a satirical comedy by French playwright Moliere. Throughout the play, Moliere derides medical science and pokes fun at doctors’ deceptive and authoritarian approach to patient care.

The play, which premiered in 1673 in Paris, has an unfortunate twist. Moliere himself played the lead role of the hypochondriac Argan but collapsed during the fourth performance and died the same day.

Perhaps it is this ironic history that has made it one of the most performed theater works today, aside from the works of Shakespeare. The play was first performed in Korea in 1988 but hasn’t been seen since, so this will be a rare opportunity for Korean audiences to see it. 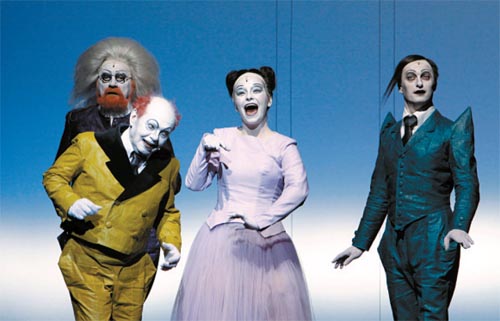 Another must-see production is “The Makropulos Case,” a collaboration between the National Theater of Prague and American avant-garde director and playwright Robert Wilson which premiered last year in the Czech Republic.


Another production that should not be missed is the National Theatre of Prague’s “The Makropulos Case” from 1922. The play was written by Czech playwright Karel Capek and directed by Robert Wilson, an avant-garde director, playwright and designer renowned for pushing the theatrical envelope with a long list of experimental works and collaborations with writers such as William S. Burroughs and musicians such as Tom Waits, Lou Reed and Philip Glass.

The play, which premiered last November in Prague, has won acclaim for manipulating movement, sound and light toward the creation of a highly stylized world housing Capek’s meditation on immortality.

The festival also features several innovative local productions, including “Mr. Rabbit and the Dragon King” (“Sugungga”), a pansori (narrative singing) production created with the participation of renowned German opera director Achim Freyer, who co-produced the work. The production, which is based on changgeuk (Korean pansori opera), will open the festival and then be presented in Germany in December.

“Sugungga” is a well-known Korean folktale about a rabbit who is conned into going to the underwater world of the Dragon King to fulfill the king’s demand for a rabbit liver that he believes will cure him of a mysterious ailment.

“I’m hoping to introduce a broader audience to the charm of pansori,” Freyer said at a press conference held in July. “The production brings together Korea’s 5,000-year history and this comparably young 77-year-old human.” 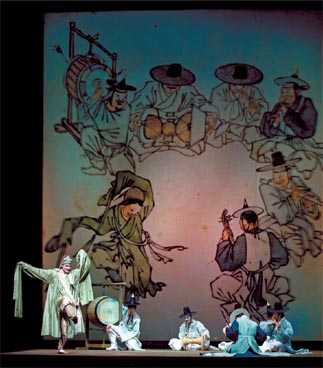 The festival’s closing production is the musical “Kim Hong-do.” Provided by The National Theater of Korea

Closing the festival is “Kim Hong-do,” a musical that explores the life of the legendary Joseon Dynasty painter renowned for portraying the lives of ordinary folk. Using Kim’s paintings, the play incorporates traditional Korean music and dance. The production also features projected images of Kim’s paintings to give audiences a deeper understanding of the artist’s work.

All festival productions will be presented in the theater company’s native language with surtitles in Korean and English.

Ticket prices vary according to production but tickets to all 30 shows can be purchased at a 40 percent discount through a pass called Festival In.

The Festival In membership also provides a 10 percent discount at restaurants located within the National Theater of Korea until the end of the festival. 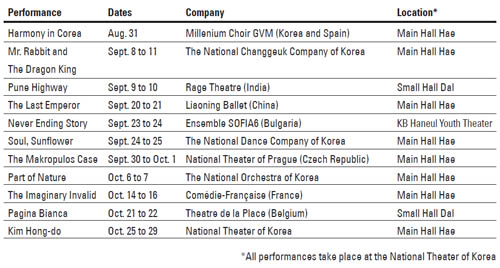