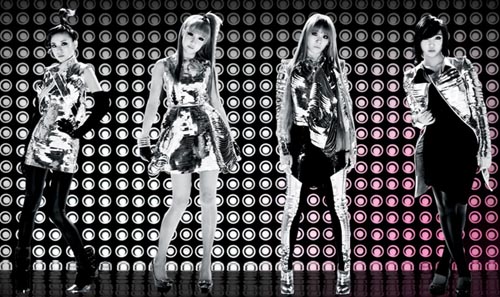 2NE1, one of Korea’s most popular girl groups, will stage their first concert in Seoul from Aug. 26-28 at Olympic Hall, Olympic Park in the southeastern part of the city. Provided by YG Entertainment

Saturday and Aug. 28: World famous Korean cellist Chang Han-na will perform with the Absolute Classic Festival Orchestra and pianist Cho Sung-jin, who took third prize in the Tchaikovsky Competition in 2011. Chang will lead a preconcert talk before her two performances in Seongnam.

The program includes Beethoven’s Symphony No. 9 in D minor “Choral” and Tchaikovsky’s Piano Concerto No. 1 in B flat minor, “Op. 23.”

Saturday and Sunday: This series was organized to provide teenagers with opportunities to enjoy classical music with their parents. Both days feature different artists and orchestras, including the Gangnam Symphony Orchestra, Suwon Philharmonic Orchestra, and Rising Start & Youth Orchestra. The program includes works by Tchaikovsky, Beethoven, Gioachino Rossini and Edvard Grieg.

Aug. 25: This concert commemorates 19 years of diplomatic ties between Korea and China.

Chinese pianist Chen Yunjie, who won the Chinese National Piano Competition at the age of 12, will appear with Korean cellist Chung Myung-wha.

The program consists of “Los Requiebros from Goyescas” by Enrique Granados, Hungarian Rhapsody No. 10 in E by F. Liszt, Sonata for Cello and Piano No. 2 in F, Op. 99 by Brahms and Piano Sonata No. 8 in B flat, Op. 84 by Prokofiev.

Aug. 26-28: 2NE1, one of the country’s most popular K-pop bands, will have their first concert since they debuted in 2009. The concert will include their digital single, “Lollipop.” The band’s hit songs include “I Don’t Care,” “Can’t Nobody” and the more recent “I Am The Best.”


JANG KI-HA AND THE FACES

A stage near 88 Lake in Olympic Park

Aug. 26-28: Korean indie rock band Jang Ki-ha and The Faces are having an encore concert for the release of their second album, “Just Another Relationship.”

As the first concert in June sold out, a follow-up was quickly scheduled to give fans another chance to hear first hand Jang’s playful lyrics and at times whimsical songs, strongly inflected with his laid-back personality.

Aug. 27: French jazz outfit the Remi Panossian Trio is having another performance in Korea. The three friends, who later decided to form a band together, are now on another visit to Korea as their popularity here continues to soar among local jazz fans.

To Sunday: The chamber music series has been organized since 2005 and includes works by classical masters such as Debussy, Haydn and Beethoven, all performed by internationally renowned musicians.

Ensemble Consonant will perform today, followed by the KCO String Quartet tomorrow, Serenade on Saturday and the 10-Cello Ensemble of Suwon Philharmonic Orchestra on Sunday.

Aug. 31: Sponsored by the Kyunghyang Shinmun, this concert was planned to celebrate the 60th anniversary of the Ewha & Kyunghyang Concours Concert, which has served as a stepping stone for many famous classical musicians in the country. Past winners will appear to assist with the program, which includes Beethoven’s Egmont Overture Op. 84, Sonata for Two Pianos in D, K. 448 by Mozart, “New World Symphony” by Dvorak, and Hungarian Rhapsody Op. 68 by Popper.

DiPietro has been involved in the creation of several critically acclaimed musicals, including the Tony Award-winning musical “Memphis,” “All Shook Up” and “The Toxic Avenger.”

Aug. 28-Oct. 9: “Rent” is a musical based on Giacomo Puccini’s opera “La Boheme.” It concerns a group of impoverished young artists and musicians as they struggle to make it in New York’s Lower East Side, in bohemian Manhattan, as they deal with issues such as H.I.V.

The production won a Tony Award for best musical and much critical acclaim upon its premiere.

To Sunday: Seoul Namsan Traditional Theater presents a concert giving teenagers who are on their summer vacation a chance to enjoy traditional Korean music.

The first shows dances derived from Buddhist ceremonies, such as the butterfly and cymbal dances, as well as the salpurichum, which involves waving white towels to vent one’s spite, and the seungmu, which dresses the dancer in a billowing, hooded gown. Another section will focus on percussion instruments.

Aug. 27-28: Now in its second year, the Gwangju World Music Festival invites foreign artists to perform in Korea and provides local artists with the opportunity to collaborate with them.

Korean musicians include the country’s leading gayageum expert, Hwang Byung-ki, pansori (narrative singing) duo Ninano-nanda and fusion band Anaya. This festival introduces visitors to music around the world in the setting of Gwangju.


*Event information is summarized from the Korea Tourism Organization and other sources.