Hulu tells Spurlock, Supersize us, too

Hulu tells Spurlock, Supersize us, too 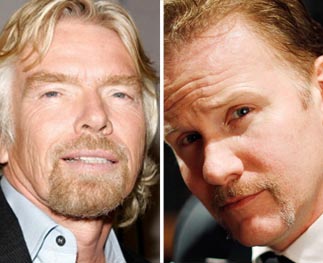 NEW YORK - To jump-start its original content business, Hulu has turned to documentary filmmaker Morgan Spurlock, the industrious redhead whose engaging excitability can turn things like a McDonald’s diet or hidden ads in movies into entertaining feature-length documentaries.

It is a cautious step into original content. Netflix, which many consider Hulu’s chief competitor in the business of streaming quality programming, made the far bolder move by successfully bidding for “House of Cards,’’ a flashy remake of the British series starring Kevin Spacey and produced by David Fincher.

But Hulu’s more humble approach has its charm. Seeing life through another set of eyes is certainly a ready-made concept for the Internet, where behind-the-scenes videos populate with rabbit-like frequency.

“A Day in the Life,’’ which will run on both the free Hulu site and on its $8-a-month subscription plan Hulu Plus, is unlike many of Spurlock’s productions, in that he plays a minimal role.

Spurlock (“Pom Wonderful Presents: The Greatest Movie Ever Sold,’’ “Super Size Me’’) isn’t on screen, and the series instead takes a fly-on-the-wall approach to documenting relatively typical days for its subjects. 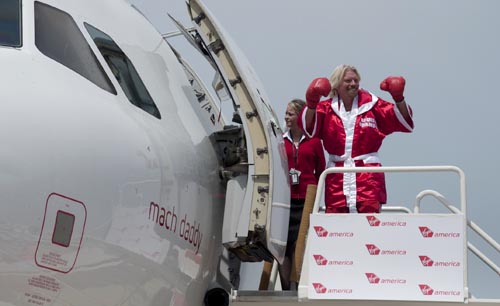 In this image released by Hulu.com, billionaire Richard Branson is shown in a scene from the first episode of the series “A Day in the Life,” which follows celebrities and VIPs for a day. [AP]


In his typical day, Branson does an exceptional amount of jet-setting while promoting a new route for Virgin Airlines, one of the many companies under Branson’s Virgin umbrella. He is also a willing salesman, donning a boxing robe and gloves for a press event.

“If I have to make a fool of myself and put my boxing gloves on, I will do so,’’ he said, grinning.

In one day, he shakes more hands than most politicians do in a week. His go-to jokes usually involve making puns on his company’s name.

There’s nothing particularly distinct about “A Day in the Life.’’ It’s an old idea of Spurlock’s that he pitched earlier, but was turned down.

One could easily imagine it appearing on at least a dozen different cable networks, alongside similar reality programming.

What comes across in the Branson episode and in clips previewed from the rest of the series is that these are driven people, working hard. Most of the hours in their days lack glamor as much as they lack sleep. That makes “A Day in the Life’’ a small but winning gambit.

Whereas Netflix purchased a distribution window to “House of Cards,’’ Hulu is producing “A Day in the Life.’’ Hulu has distributed original content before, such as the 2010 reality series “If I Can Dream,’’ but Hulu describes “A Day in the Life’’ as part of a “new initiative designed to support creatively and financially the work of independent storytellers.’’ Earlier this summer, Hulu debuted three British series new to American viewers.

It’s a subtle but important shift for Hulu, which since its launch in 2008 has primarily shown reruns of TV programs provided by ABC, Fox and NBC, the broadcasters owned by Hulu’s media company parents: The Walt Disney Co., News Corp. and Comcast Corp.

Hulu’s future is murky. Its owners, which also include Providence Equity Partners, have had discussions with companies including Apple, Google and Yahoo about selling Hulu.

This new chapter of original programming sets Hulu on a course of semi-independence, where it can produce shows outside of its parent companies’ content. “A Day in the Life’’ may be slight, but it hints at a bright new day for Hulu - provided its life is not cut short.