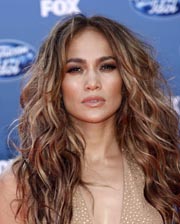 NEW YORK - Jennifer Lopez will return as a judge for the 11th season of “American Idol.’’

The Fox network has made Lopez’s return official, along with her fellow judges, Aerosmith rocker Steven Tyler and record producer Randy Jackson. In addition, Fox said Wednesday that Ryan Seacrest will be back as the host.

Singer-actress Lopez debuted as a judge this past season. But in recent weeks, she had publicly been coy about whether she would stay with the hit musical competition.