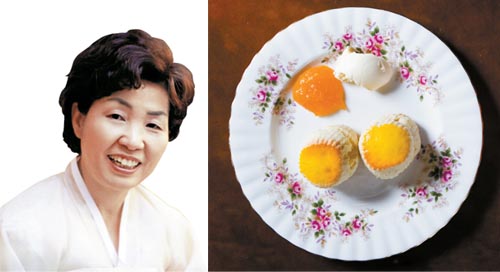 A set of scones with jam and clotted cream at Books Cooks in Bukcheon, northern Seoul.


Han Bok-ryeo, head of the Institute of Korean Royal Cuisine

“I like strolling around on quiet nights,” Han said.

One place she visits during her walks is Books Cooks, a book cafe in the Bukcheon area of northern Seoul where her favorite snack is traditional English scones and tea.

“There are shelves of cookbooks from around the world so it’s good for study, and the owner is a student of mine from many years ago so it makes me feel comfortable,” she said.

The scones at Books Cooks are served with clotted cream and tangerine jam made on Jeju Island. There are also around 10 teas on the menu, including Earl Grey and Darjeeling. 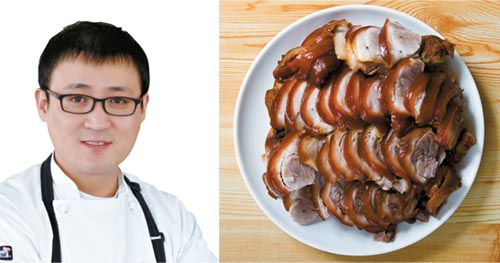 Executive chef Hyeon Jung has two recommendations. One is Daegam Wangjokbal, a jokbal (braised pig’s feet) that Hyeon said he likes because he can order his jokbal with either a soft or chewy texture.

“The texture of jokbal is determined by the cooking time,” he said. “I like that the restaurant provides this option.”

His other recommendation is for the Korean restaurant, Hongbeulgamne. All the jang (Korean sauce) served here, including doenjang (soy bean paste) and gochujang (red pepper paste) are handmade.

The fried chicken at Jungsikdang Anzu in Sinsa-dong, southern Seoul.

Chef and entrepreneur Im Gi-hak recommends Jungsikdang Anzu for late-night drinks and side dishes. He said that he knows the restaurant’s head chef, Im Jeong-sik well, but recommends it because “the food is delicious.”

“People tend to be more lenient when choosing yasik restaurants, and make their choice regardless of whether the dishes are good or bad. But I don’t like going to just any old place. I want one with really good food.”

The chef’s favorite dish at Jungsikdang Anzu is the fried chicken, which he thinks has been marinated in salt water before being fried to seal in moisture. Im also said he is impressed by the fact that the restaurant makes its own broth for soups. 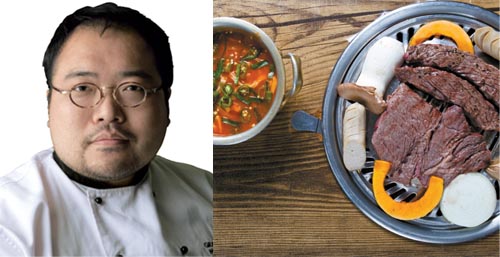 At Palilsam, a grilled meat restaurant, Yu orders the grilled Australian Wagyu and kimchi kalguksu (knife-cut noodle soup). “The Australian Wagyu here is a bit tougher in texture and I like that,” he said.

At Chunhaeui Muntaro, an izakaya, Yu likes the chicken skewers made with spare cuts including heart, skin and aorta. 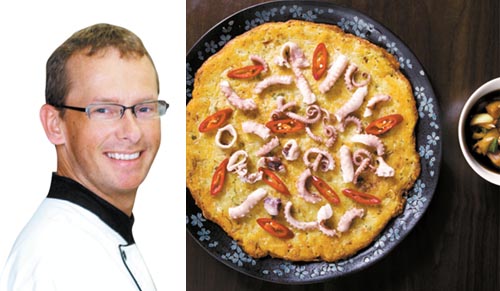 The chef said that he first visited the restaurant during a company outing and that was the first time he had tried bindaetteok. He recalls the restaurant’s pancake as being crisp on the outside and savory on the inside while the octopus was delectably chewy. He said that it was also his first time eating pork with bean sprouts and that the vegetables reduce the greasiness of the meat.