Around the world, money follows sex

Around the world, money follows sex 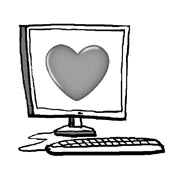 In the ancient kingdom of Balhae (698-926), it was common for husbands to be buried with their wives. The tradition reflected the social atmosphere of monogamy and the high status of women. According to a myth from the northeast region of China, a Balhae woman named Hong Ra-nyeo became an army commander and won a battle against the Khitans to save her husband. The men of Balhae did not have concubines or mistresses and extramarital affairs were rare. Red light districts and prostitution were found in neighboring states including Silla and China and among the Khitans and Jurchens. But Balhae had no such establishments.

In a way, Balhae was an unbelievable exception in the history of the sex industry, which has existed throughout history. Balhae was the kingdom that succeeded Goguryeo (37 BCE-668), which did have a history of prostitution. There were prostitutes and brothels in Silla (57 BC-935) as well. In the Joseon Dynasty (1392?1897), there were gisaeng who provided entertainment and occasionally, sexual services.

Most women in the sex industry are there because of financial difficulty. In the medieval period, most prostitutes were homeless women facing extreme financial hardship. The industrialization of the 18th century aggravated the gap between rich and poor, and many poor women resorted to prostitution out of desperation. After the Korean War, some destitute Korean women who were facing a similar fate ended up working in camp towns catering to the U.S. military.

Some regard the sex industry as a necessary evil. In Korea, however, it is labeled a social problem and strict controls are imposed. A special law on the sex trade, enacted in 2004, prohibits the buying and selling of sex. But the outcome has been similar to the balloon effect, with efforts to eradicate red light districts increasing illegal activity in the sex industry.

One example of this can be seen in the so-called sponsor meetings mediated through sponsor cafes. In this arrangement, an affluent male client buys time with a young woman who gets paid a set amount of money every month in exchange for sexual services. Recently, prosecutors indicted several sponsor cafe organizers for their role in the illegal business. Many women who were seeking male sponsors said their motivation was to earn money to buy luxury goods or pay for plastic surgery.

The materialism of seeking desire and money is a dizzying trend.