Many expats can vote in referendum

Many expats can vote in referendum 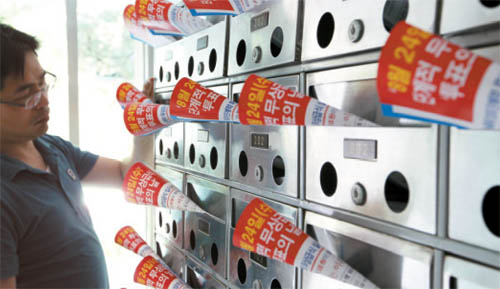 A resident in Seodaemun District in central Seoul yesterday examines a leaflet that explains the referendum on free school lunches on Aug. 24. [YONHAP]


According to Seoul Metropolitan Election Commission, expatriates in Korea can vote in referenda or in regional elections, although not in a general or presidential election. The following categories of expatriates are eligible to vote:

-Foreigners who have hired more than five Korean citizens and invested more than $500,000 in a business in Korea

Any foreigner who wishes to vote in the referendum in Seoul must register their current residence in Seoul at a local community service center.

Local election committees will post election notices in Chinese and English to those qualified to vote to tell them which polling stations to use.

For more information, call Kim Min-a, an official at the National Election Commission, at 02-503-0883.