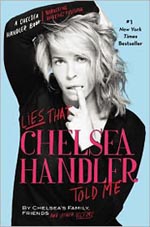 Lies that Chelsea Handler Told Me

“My tendency to make up stories and lie compulsively for the sake of my own amusement takes up a good portion of my day and provides me with a peace of mind not easily attainable in this economic climate.”-Chelsea Handler, from Chapter 10 of “Chelsea Chelsea Bang Bang.”

It’s no lie: Chelsea Handler loves to smoke out “dumbassness,” the condition people suffer from that allows them to fall prey to her brand of complete and utter nonsense. Friends, family, co-workers-they’ve all been tricked by Chelsea into believing stories of total foolishness and into behaving like total fools. Luckily, they’ve lived to tell the tales and, for the very first time, write about them.


Instant Influence: How to Get Anyone to do Anything - Fast 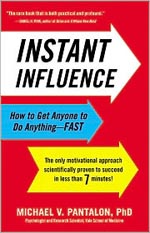 If you want to motivate your employees to be more productive, convince your customers to use more of your products and services, encourage a loved one to engage in healthier habits or inspire any change in yourself, Dr. Michael Pantalon can show you how to achieve instant influence in six simple steps. This scientifically tested method succeeds by helping people tap into their deeply personal reasons for wanting to change and finding a spark of “yes” within an answer that sounds like “no.” 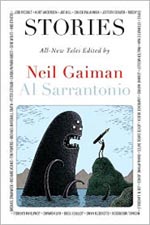 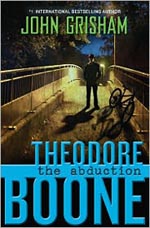 Theodore Boone is back in a new adventure, and the stakes are higher than ever. When his best friend, April, disappears from her bedroom in the middle of the night, no one, not even Theo Boone - who knows April better than anyone - has answers. As fear ripples through his small hometown and the police hit dead ends, it’s up to Theo to use his legal knowledge and investigative skills to chase down the truth and save April.


The Emperor of All Maladies: A Biography of Cancer 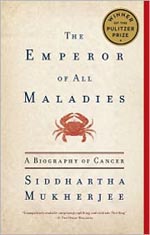 This book is a magnificent, profoundly humane “biography” of cancer-from its first documented appearances thousands of years ago through the epic battles in the 20th century to cure, control and conquer it to a radical new understanding of its essence. Award-winning science writer Siddhartha Mukherjee examines cancer with a cellular biologist’s precision, a historian’s perspective and a biographer’s passion. The result is an astonishingly eloquent chronicle of a disease humans have lived with-and perished from-for more than 5,000 years. Mukherjee recounts centuries of discoveries, setbacks, victories and deaths, told through the eyes of his predecessors and peers, training their wits against an infinitely resourceful adversary that, just three decades ago, was thought to be easily vanquished in an all-out “war against cancer.” The book reads like a literary thriller with cancer as the protagonist.