From tigers to dragons, with the sea in between

From tigers to dragons, with the sea in between 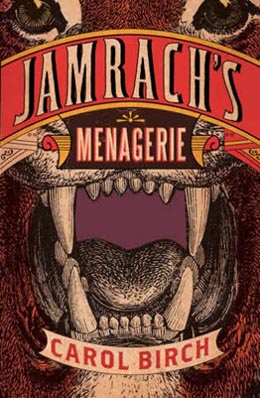 TOKYO - Jaffy Brown is a boy of eight, minding his business in the crowded streets of 19th-century London’s Ratcliffe Highway, when he comes face-to-face with a Bengal tiger, pats him on the nose, and promptly has his head seized in its teeth.

Rescued, the impoverished Jaffy - hero of Carol Birch’s “Jamrach’s Menagerie” - is given a job tending animals by the tiger’s owner, Jamrach, and discovers that he has a way with living things. He also meets the handsome, confident Tim Linver, who becomes a friend and a bit of a rival.

When Tim joins an expedition to find a “dragon” in Asia for a wealthy collector, Jaffy, unwilling to be left behind, signs up as well. Their voyage to the faraway tropics in search of the animal turns into an adventure fraught with challenges far beyond their expectations.

Birch spoke about humans, animals and the book, which was long-listed for the 2011 Man Booker award.


Q. What got you started?

A. I became interested when I was researching my previous novel. I really fell in love with the whole Ratcliffe Highway area. During reading about that I came across the character of Jamrach and his menagerie, and the story of the boy and the tiger, which was a true story. I became quite fascinated by this, I don’t know why, and started thinking about what that would do to you, to be walking down the street and suddenly be confronted with such danger and wildness at such a young age, in the midst of a very ordinary day.

So I started first of all with the point of view of the little boy. I started making a fictional little boy, which became Jaffy and his life in London. Roundabout the same time I was reading about the ship Essex, survivors’ accounts and so on.

What really got me about that, and I found it very moving, was how young everybody was. The crew were boys, they went to sea at such a terribly young age. With the Essex, even the captain was only 28. I think there were a couple of older blokes on board, but in general it was a very young crew. And at the time, I was surrounded by young teenagers, boys and girls, and I kept thinking, a couple of hundred years ago they would have been living very different lives. It came together out of all of these elements.

What makes sea voyages so interesting?

Well, it’s partly the claustrophobia, isn’t it? Because you’ve got people trapped in the middle of the ocean together and they’ve got to knock on together whether they like each other or not. It’s a bit like at school, when you first go into a class and you’re suddenly sitting with people you like, people you don’t like and you’ve all got to somehow form a little society together. It’s also like that on a ship, but even more intensified because you don’t go home, of course, you simply are living and sleeping and breathing with these people day and night. That’s fascinating. And I think that’s why there are so many great classic stories of the sea. It’s like the human condition, in a way. It’s also the constant threat of danger, your mortality’s always looking you in the face on a sea voyage.

I kind of hate this and I didn’t think of it before I started, but looking at it now, it’s kind of a metaphor for life, in a way. You are mortal, anything could happen at any moment.

Was it easy or hard to write?

It was hard. It was very enjoyable but some of it was very hard. What was difficult was trying to maintain the intensity right through to the end. Some of it is quite harrowing and it’s quite difficult as a writer having to go into these very dark places, and then come out of it again and go and cook the dinner. You know, come back into the real world and interact with everybody. You’ve spent all the time going into the head space of somebody who’s suffering terrible things and you’re seeing terrible things. So that was hard.

What would you say are the deeper themes in this book?

One of the obvious ones of course is this thing about the animals and the wild, and how close are we to that. I think that was one of the things - he wants to look into a volcano, the sea can destroy you, the animals. Where do we fit into that, are we substantially different from the animals or not? I think that was behind some of it. I’m not sure I articulated it at the time but it comes to you when you’re writing.