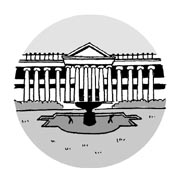 Seokjojeon, a colonial-style stone structure within Deoksu Palace, was the first Western-style royal building in the palaces of the Joseon Dynasty. When King Gojong became the emperor of the Great Han Empire in 1897, he declared that Deoksu Palace would be the empire’s main palace and added new structures including Seokjojeon. Construction on the building began in 1900 and was completed in 1910, the year Korea was annexed by Japan.

While Deoksu Palace as a whole reflects the glory and disgrace of the empire, Seokjojeon’s history is especially heartrending. Crown Prince Euimin and Crown Princess Bangja were held in Japan under the pretext of studying abroad, and when the couple came back to Korea temporarily in 1922, their son, Jin, died suddenly at Seokjojeon. There were rumors that the son was poisoned in retaliation for the death of Gojong and because he was born to a Japanese mother.

Since Seokjojeon did not follow the architectural mode of the other Joseon palaces, and modernization of Korea was pursued during the Japanese colonial period, the structure received scant praise. The name itself was considered thoughtless, as it literally means “stone building.” Seokjojeon’s use by foreign authorities further tarnished its reputation. Under Japanese rule, Seokjojeon was used as an exhibition hall for Japanese art. After liberation, it housed the U.S.-Soviet Joint Commission, the National Museum of Korea and the Royal Museum.

A study from 2009 revealed that Seokjojeon was symbolic of Gojong’s plan to embrace Western civilization and establish a modern nation, according to “Deoksu Palace” (2009) by Ahn Chang-mo, a professor of architectural history at Kyonggi University.

Earlier this month, the original blueprint for Seokjojeon from 1898 was discovered by a Korean architect. Its discovery has incited discussion on the need to preserve historical structures such as Seokjojeon, while also sparking debate about the damage done by the Japanese during the colonial era. But we Koreans are not entirely blameless when it comes neglecting cultural preservation. At Seokjojeon, for example, an indoor football field was installed in a second floor corridor, according to an article in the June 4, 1968, issue of the JoongAng Ilbo. A faithful restoration of the palace’s original design would remind us all of the painful history and the vision of a modern empire that the structure has come to represent.