Seeking out every advantage from your shoes

Seeking out every advantage from your shoes 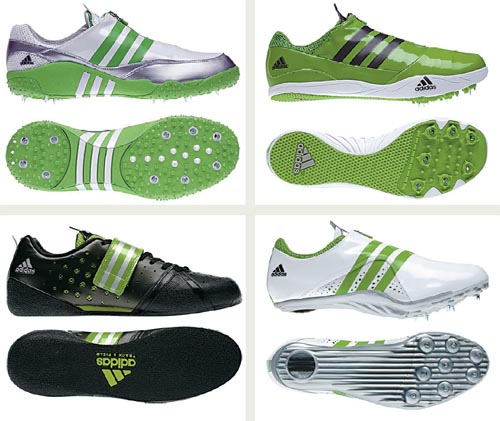 Top left: High jump shoes have spikes on both sides, while long jump shoes (top right) have studs only on the front. Bottom left: with shot put shoes the surface of the axis foot is flat to reduce friction. Bottom right: shoes for short distance running have hard surfaces. Provided by Adidas


Last Tuesday, German sportswear manufacturer Puma was sent an SOS by Jamaican sprinter Usain Bolt after the 100- and 200-meter world record holder complained that there was some space between toe and shoe.

Then 10 newly-designed pairs of spikes were delivered from Germany to the Korean city of Daegu where Bolt gave them the green light, much to the relief of Puma officials.

There was good reason for Puma officials to be nervous, however. For Bolt and other athletes who will compete at the IAAF World Championships, wearing the right shoes is important, as it could be the difference between winning and losing in a sport that can often be decided by a hundredth of a second.

With the development of technology, sports equipment manufacturers have been working hard to make running shoes as light as they can to give athletes the best possible advantage. 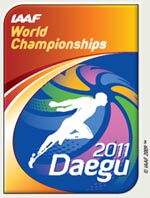 For short distance runners like Bolt and Powell, the sole of the running shoe is hard. In fact, the sprinters like to wear a shoe that fits perfectly without a cushion.

If amateurs tried on the shoe, they would probably not run faster than normal, as the shoe would be too tight and stiff.

Choi Kyoo-jeong, a researcher at the Korea Institute of Sports Science, explained that sprinters, who need explosive energy in a short time, require shoes that fit perfectly with hard soles because they need to minimize wasted energy.

“To get high propulsion, there has to be no movement inside the shoe,” Choi said. “To prevent the loss of kinetic energy, the base [foot] needs to be stable and tight.”

But for middle- and long-distance runners, there is a cushion in the spike because the longer they run, the more pain they experience. There are also more holes to give maximum breathability.

The spikes also play a big role on an athlete’s performance.

For shoes used in the shot put, hammer or discus, the shoes are designed to optimize performance during rotation, and they help the athlete glide from one position to another to help increase the turning forces.

Each piece of the shoe can be different depending on which event the athlete will compete in. The left and right shoes are not even necessarily the same, In events that require rotation, the design of each foot’s shoe depends on which foot is the axis of the rotation.

“Having the right shoe is important for athletes,” Choi said. “Athletes can save energy and therefore it enables them to give best performance.”