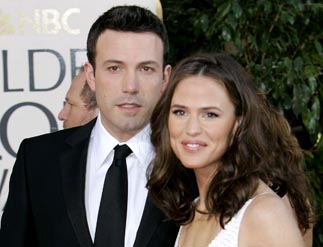 LOS ANGELES - Ben Affleck and Jennifer Garner’s family is growing. Representatives for the actors say the couple is expecting their third child.

A one-sentence statement released Monday said the actors are “thrilled” to have another baby on the way.

No other details were released.

Garner, who rose to fame after starring in the television series “Alias,” appeared over the weekend at a Disney expo to promote her upcoming film, “The Odd Life of Timothy Green.”

Affleck won an Oscar for cowriting the screenplay to “Good Will Hunting” and recently wrote, directed and starred in the thriller “The Town.”