The end is not always the end

The end is not always the end 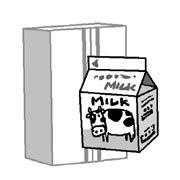 Can you measure love? According to a study by the College of Human Ecology at Cornell University, the answer is yes. And how long does love last? If the study is to be believed, most relationships last about 18 to 30 months.

In 2002, the Cornell University research team showed that love can be measured by various neurotransmitters and hormones secreted by the brain. When you are in love, the brain produces dopamine phenylethylamine, oxytocin and endorphins. When love fades, these hormones are no longer produced. The team also surveyed 5,000 men and women on how long passionate love lasts. After about 18 months, the cerebrum becomes immune to love and the secretion of chemicals related to love becomes delayed. As time goes by, the brain responds to love less and less.

Love changes with time, but there is no law that defines its expiration date. And even if it did have one, it would not necessarily mean that the relationship is over.

The same goes for food. Even when the expiration date is reached, not all food goes bad. However, the current system prohibits the sale and distribution of expired food - whether or not it is spoiled - and the company that made the product has to collect and dispose of it. Every year, the food industry spends about 650 billion won ($598 million) a year on expired food.

The government has required all food items to have a label with an expiration date since 1985. But those in the food industry say that current expiration date labelling is too strict, with some arguing that the standards were made when refrigerators were not widely used. For example, the expiration date for milk is five to seven days, but when properly refrigerated, milk will not go bad for up to 20 days. Snacks and instant noodles have expiration dates of about six months, but it would not harm the public to extend that by two or three months.

To extend the shelf life of certain processed goods like milk, the government is considering replacing expiration-date labels with “use by” labels. The new labels would inform buyers of the date by which food is safe to be consumed. They would also help stabilize consumer prices because some goods can no longer be used once the expiration date passes, and companies sometimes raise prices to make up for the loss.

We should work together to come up with a wise solution for this important public health problem.