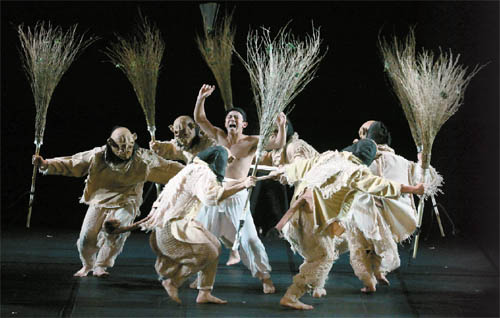 
EDINBURGH - It’s become a summer ritual for many. Every year around this time artists, aficionados and the merely curious flock to Edinburgh for festivals that transform this tranquil Scottish capital into a florescent cultural hub. But this year, the Edinburgh International Festival is turning its attention to artists from Asia in order to highlight the connections between countries that are shaping a dynamic and ever evolving cultural dialogue. The festival opened Aug. 12 and runs through Sept. 4.

Since its founding in 1947, the festival has showcased standout performances of all genres from classical and contemporary music to visual arts, dance and opera. This year’s festival features more than 59 groups from around the world, with a special focus on works from Korea, Japan, China, India, Indonesia and Vietnam that appear alongside others from Germany, Russia, the United States and the U.K.

The festival differs from its more experimental offshoot, the Edinburgh Fringe, also this month, in that the companies are all selected and invited by the festival director.

The three Korean companies in the festival - Oh Tae-suk’s Mokwha Repertory Company, Eun-me Ahn Company and the Seoul Philharmonic Orchestra - are all making their EIF debuts and two of the three have already garnered rave reviews from the British press, including The Guardian and The Telegraph.

Festival director Jonathan Mills said it was the excellence of these companies that prompted their inclusion this year.

“We invited the Korean companies because they are absolutely of a standard to perform alongside all our other international artists,” said Jonathan Mills, EIF’s executive director. “When so many artists mix together in a city, as they do in August in Edinburgh, then all sorts of techniques, tips and cultures can be exchanged in a wonderful melting pot.” 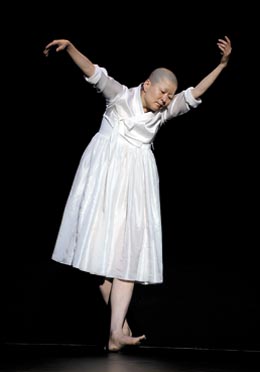 Eun-me Ahn dances in the prologue to her “Princess Bari,” which also appeared at this year’s EIF. By Choi Young-mo

Mohkwa Repertory Company’s “The Tempest,” directed by Oh Tae-suk, was one of three performances to open the festival on Aug. 13.

In Oh’s vision, Shakespeare’s final play becomes the backbone of a vivid theatrical work that is also based on a true story from Korea’s three ancient kingdoms. Set in 5th century Korea, Naples becomes Silla and Milan is transformed into Gaya with an infusion of Korean symbols, props and music.

“It’s a story full of redemption and yet master Oh made it very jolly and merry,” Donald Hutera of The Times said in a short interview at the festival.

The play, which received a standing ovation on its opening night, was honored with the Herald Angels award, a weekly designation for outstanding work in the EIF and Edinburgh Fringe by Scottish daily The Herald.

Meanwhile, Eun-me Ahn’s “Princess Bari” captivated audiences with a modern retelling of a Korean folktale about Princess Bari, who is abandoned by her father for being born female instead of male. Upon learning the truth about her past, she sets off on a journey to find her father that takes her to the underworld.

Never shy to mix genders, time periods or cultural references, Ahn casts her heroine as a hermaphrodite and the role is played by a male dancer. The work itself is a melange of acrobatic moves, disco-style music and brightly colored costumes that are a modern take on the traditional Korean dress, hanbok. 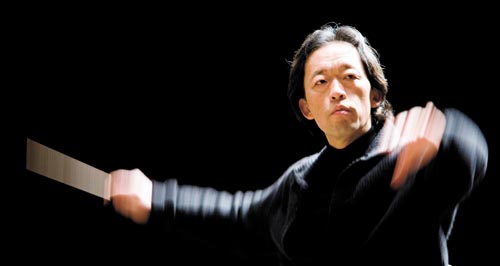 
The work opens with a person lying naked with their back to the audience on a long red cloth. At the other end of the cloth, a woman in a white dress sits, using her feet to gather the cloth between her legs as she drags herself toward the mysterious figure (Is it a man? A woman? We’re not quite sure), a clear symbol of womanhood and birth.

“The choreographer has given some very challenging tasks to the dancers on stage,” said UK-based theater director Margaret Burgess after the show’s opening night. “A lot of effort must have been required for the dancers to drag their bodies all around the stage. It’s a memorable way to begin a show.”

Both Oh and Ahn use an effective blend of Korean and Western elements in a creative juxtaposition of movement, metaphor and music. In Ahn’s work, this mixture works best in the compositions by Jang Young-gyu. He lays down a driving disco beat beneath the gritty strains of pansori (narrative singing), making it impossible to tell if we are listening to a fusion of styles or a new genre altogether. In “The Tempset,” Oh draws on the rhythmic structure of sijo, a type of ancient Korean poetry whose lyrical stanzas can sound like singing.

“The aspect these two pieces share is that they both have a sort of levitation inside them, a sort of uplift,” Hutera, of The Times, said after seeing Ahn’s performance. “I trusted that the performers would give me enough freedom to make my own story out of the performance.”

Following their EIF premieres, all three companies will go on to present their works again in other venues.

Local audiences will have a chance to see one of these when “The Tempest” opens at Baik-Chang Theater, central Seoul, tomorrow.

Meanwhile, Eun-me Ahn Company will present “Princess Bari” in Dusseldorf, Germany in September. The Seoul Philharmonic Orchestra is currently on a tour of four cities in Europe including Edinburgh; Amsterdam; Gragenegg in Austria; and Bremen, Germany.