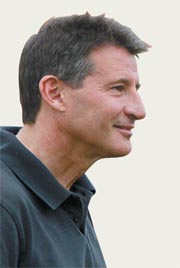 Korea’s Daegu is “in very good shape” to host the World Championships in Athletics from tomorrow, according to Sebastian Coe, vice president of the International Association of Athletics Federations.

“I know the whole of the city is very, very excited about the opportunity to see a global event,” said Coe, who is also the chairman of the organizing committee for the 2012 London Olympics.

“When I arrived in Daegu, I knew I’d arrived in a city that was staging a World Championships,” he said after watching a training session for athletes.

Coe said the event would be “very important” for the future of Korean athletics.

He also suggested the IAAF should explore ways to integrate sports into young people’s lives.

He said big names such as Jamaicans Usain Bolt and his teammate and rival Asafa Powell would no doubt shine in Daegu, but he also expects to see some upsets.

“There will always be one or two athletes that none of us are thinking about at this moment, but will come through and perform very well,” Coe said.

He said the middle-distance events - namely, the 800 meters and 1,500 meters - would be wide open this year.

“The nice thing about this championship is that there are no obvious favorites, either in the 800 meters or the 1,500 meters,” Coe said.

“An athlete like David Rudisha, a new world record holder in the 800 meters, is a fantastic talent, but he’s not that experienced in major championships. So I think these will be quite open championships.”

London has said it will try to host the World Championships in 2017, and Coe will formally submit the bid here this month.