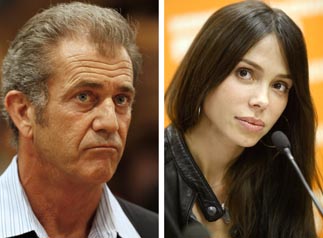 LOS ANGELES - Mel Gibson and his Russian ex-girlfriend have reached a financial and custody settlement of a bitter dispute that spawned a criminal case and left the Academy Award winner’s reputation damaged.

Los Angeles Superior Court officials said in a statement late Friday that Gibson and musician Oksana Grigorieva had reached an agreement after days of negotiation. Terms and conditions of the settlement were not announced, but a hearing Wednesday will be held to discuss the financial terms.

The equally contentious issue of custody of the couple’s infant daughter will be handled in closed session, the court announced.

The former couple have sparred for more than a year over custody and financial issues in a mostly secret court proceeding in Los Angeles. In June 2010, Gibson’s attorney Stephen Kolodny said that his client had provided his ex-girlfriend with a four-bedroom, multimillion dollar home, a vehicle and tens of thousands of dollars a month. It is unclear exactly how much Grigorieva has been receiving since then.

The “Braveheart” star was charged with misdemeanor domestic battery as a result of a January 2010 fight with Grigorieva and pleaded no contest earlier this year. The actor-director entered his plea in a way in which he admitted no guilt, and Grigorieva cannot use the outcome in a civil case. He was ordered to undergo counseling and recently completed his community service by volunteering with a children’s charity in Guatemala.