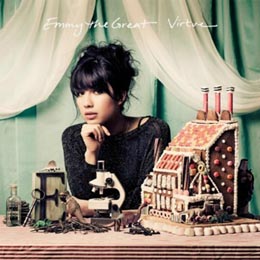 Moss and her band begin with “Dinosaur Sex,” a fun track. It’s either fossil fuels and the demise of Western civilization, or a failed relationship. You’ll have to be the judge, because Moss frequently is coy with her plot lines.

“A Woman, A Woman, A Century of Sleep” delves into the world of a bored housewife, seeking vigor in a world hamstrung by domesticity. Moss approaches the subject with thoughtful aplomb: “Now I have to find a dress/ Have to buy a dress/ Have to sew it ’til the pieces mesh.”

Yet for all her upside, Moss comes off as a bit of a stylistic borrower. There is a little too much Natalie Merchant and Harriet Wheeler, of The Sundays, in her voice. An occasional recognizable influence is forgivable. But just when you think it’s only going to last for a song or two, six songs have gone by and it remains uncomfortably close.