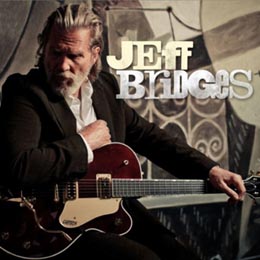 If Bad Blake, the boozy country singer Jeff Bridges played in 2009’s “Crazy Heart,” could make albums, he may have made something like “Jeff Bridges.” His self-titled album is decidedly country, at once sad and hopeful, laced with heartfelt harmonies and slide guitars.

The actor’s two self-penned tracks, “Falling Short” and “Tumbling Vine,” are among the album’s most haunting and contemplative, as the 61-year-old sings about what it means to be alive.

Bridges is at his best when he’s singing about love. He’s earnest on “Either Way,” and downright heart-wrenching on “Everything But Love,” singing, “The moon cries on the mountains/When it looks down from above/and it sees everything but love.”

Bridges, T Bone Burnett and Bad Blake should be proud of the actor’s eponymous CD. Its 10 songs are solid, if sometimes sad, establishing Bridges as a bonafide musician, not just a guy who plays one on screen.