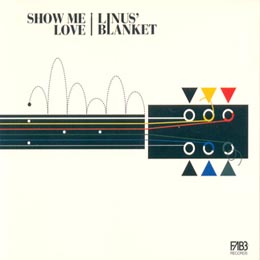 A decade after its formation, indie pop duo Linus’ Blanket has finally released its debut album, “Show Me Love.” As strange as that may seem, the band has released only two EPs - “Semester” from 2003 and “Labor in Vain” from 2005 - perhaps owing to the fact that over the course of the band’s 10-year history, it has struggled to keep itself together. Three of its founding members have moved on, leaving behind vocalist and keyboardist Yeongene and vocalist and guitarist Sangjune.

The band is best known for the cotton-candyish number “Picnic,” sung in English by Yeongene, whose sweet, girlish voice is reminiscent of Nina Persson of Swedish rock band The Cardigans. The album also contains that song and other fluffy, listener-friendly songs mostly rooted in jazz and bossa nova. The duo’s efforts to diverge from its long-standing musical style stand out on the seventh track, “Truth of Moment,” which adopts a dreamy reggae beat. On the ninth track, “Music Takes Us to the Universe,” the duo makes an impressive foray into the genre of electro bubble-pop.