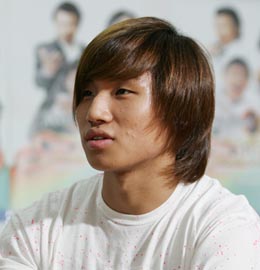 The Seoul Southern District Prosecutors’ Office announced on Monday that Daesung, a member of the popular Korean boy band Big Bang, has been acquitted of charges of negligent homicide because of a lack of evidence.

Prosecutors have been investigating the incident since it occurred in late May, when Daesung ran over a motorcyclist lying in a lane on the Yanghwa Bridge, killing him. Police said the motorcyclist had already been fatally injured after drunkenly colliding with a lamp post. The singer also crashed into a taxi that had swerved to avoid the motorcylist’s body. The taxi driver sustained minor injuries.

The prosecution’s investigation has included an autopsy of the victim, surnamed Hyun, witness testimony and analysis of the black box from Daesung’s Audi sedan. Prosecutors concluded that there is no clear evidence proving the victim was alive before Daesung hit him.

“We were unable to find clear evidence proving whether the victim, Hyun, was alive before he was hit by the car,” prosecutor Hong Sun-bo said. “We cannot exclude the possibility that the victim was dead before he was hit by Daesung’s car because he had already suffered major injuries after driving his bike into a lamp post while intoxicated.”

Hyun’s blood alcohol level was found to be 0.168 percent. The legal limit is 0.05 percent.

Kang Dae-sung, whose stage name is Daesung, was booked by police on May 31 after running over the male motorcyclist at the exit ramp of Yanghwa Bridge in northern Seoul at around 1 a.m.