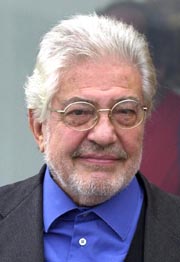 ROME - Italian director Ettore Scola, remembered for films such as “A Special Day” and “We All Loved Each Other So Much,” announced Monday he is putting an end to his directing career at the age of 80.

He said in an interview with the Il Tempo newspaper published Monday that he felt too old to continue his work in a market-driven industry.

“I was about to shoot a film with [French actor Gerard] Depardieu. Everything was ready, but in the end I didn’t feel like doing it anymore,” Scola said. “I didn’t want to become one of those old ladies who wear high heels and lipstick just to keep youthful company.”

Scola, one of a raft of Italian greats who shot some of cinema’s undying classics in Rome’s Cinecitta studios - together with Federico Fellini, Roberto Rossellini and Vittorio de Sica - said he felt out of sync with the industry.

“My experience in the filmmaking world is not what it used to be: easy and happy. There are production and distribution requirements that I can no longer identify with,” Scola explained.

“To me it is crucial to retain that freedom of choice, that freedom to give up. I was beginning to play by rules that no longer allowed me to feel free,” he said. “Nowadays, it’s the market that chooses for you. It was always an important factor but there was more space for autonomy. Producers were more willing to experiment and take risks.”

In 1974, Scola scored a major success with “We All Loved Each Other So Much” (“C’eravamo tanto amati”), a fresco of postwar Italy that he dedicated to his friend Vittorio de Sica. In 1976, he won best director at the Cannes festival for “Ugly, Dirty and Bad” (“Brutti, sporchi e cattivi”).

He may be best remembered for “A Special Day” (“Una Giornata Particolare”), which produced memorable performances by Sophia Loren and Marcello Mastroianni playing a housewife and her neighbor on the day Adolf Hitler visits Benito Mussolini.