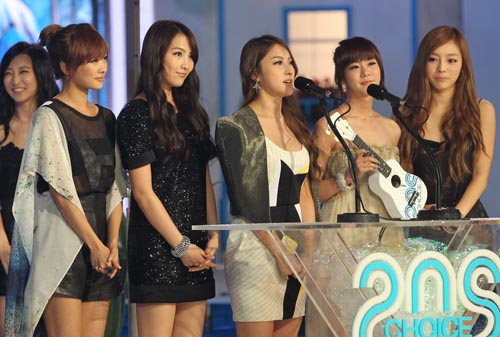 Korean girl group Kara released yesterday a teaser video for its third album “Step,” which is set to come out on Tuesday.

The teaser video was released on the group’s official YouTube site, www.youtube.com/user/DSPKara.

The album’s release comes on the heels of a 10-month hiatus that has been marked by conflict between the band members and their agency over their contract. Despite their arguments with management, however, the band has continued to perform in Japan.

To further promote the album, a video with candid shots of Kara members in rehearsal and backstage after concerts will be distributed on the day after the album’s release.