More than just a singer, Lena Park is an R&B survivor

More than just a singer, Lena Park is an R&B survivor 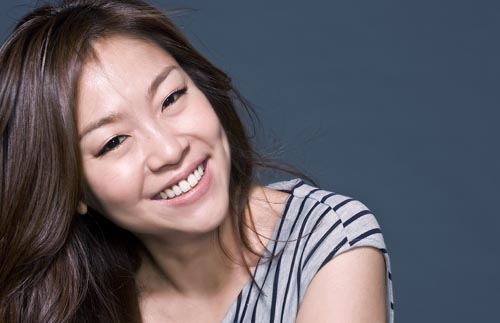 Korean-American rhythm and blues singer Lena Park cemented her status as the darling of Korean music fans in March by winning MBC’s survivor show “I am a Singer.”

Park, who goes by the name Park Jung-yyun here, edged ahead of six other hugely popular artists in a test of vocal singing ability, nerve and character. But the starlet, who at 35 already ranks as a veteran in an industry dominated recently by teenage K-pop outfits, says she is now at the peak of her career.

“If my life were a story, where I am right now would be the climax,” said Park, who has released eight Korean albums and at least two full-length EPs in Japan, as well as a horde of singles.

During her recent interview with the JoongAng Ilbo, Park reflected on her theatrical studies at the University of California, Los Angeles, and her first forays into music by attending singing contests.

She said she was always an A-grade student throughout her academic career, but that it was her belief in herself that has made Park one of Korea’s favorite music artists.

She has become widely acclaimed for her remakes of songs such as “I’m Leaving,” first sung by soprano Jo Sumi - to the extent that critics have said her cover version trumps the original.

As a little girl, Park, who was born in Los Angeles after her family emigrated there, used to stand in front of the mirror every day congratulating herself on her singing skill. This, combined with her father’s support and encouragement, fueled her with the belief to make it to the top.

“My father always used to tape me singing. Whenever a visitor would come over, he would want to show the recordings off,” she recalled. “If it wasn’t for my dad, my singing talent would not be as composed and natural as it is today.”

Park’s parents constantly drilled her to believe there was no place for second best, but they also wanted her to secure her future financially by choosing a career in law. When she opted to study film and theater at UCLA, even though it kept her close to home, it also created friction.

“This was the first time I defied my parents, but I thought in order to become a singer, I needed a base of knowledge in the arts,” she said. “I even prepared a power point presentation for my dad to gain his approval.”

The gambit worked. While still a junior, she was scouted by a record producer and decided to ditch school and moved to Korea. When she returned in 2001 to finish her education, she switched to Colombia University and studied English literature. Seesawing between the two worlds of academia and stardom, she finally graduated last year - nine years after first enrolling at the Ivy League school ? in the top 10 percent of her class.

But she could not abandon singing and soon found herself back in Korea starring on “I am a Singer,” which has since taken her to a new level of fame. Despite her hectic schedule, she still finds time to read and write poetry on weekends. “The emotion that is unfulfilled in music is fulfilled for me in literature, and vice versa,” said Park, who often likens her life story to a good novel.

“Being part of ‘I Am a Singer’ would definitely be the turning point, as it was the biggest challenge I’ve managed to succeed at,” she said.