To Sept. 19: This exhibition showcases the Vedas (ancient texts originating in India containing the oldest Hindu scriptures and the oldest forms of Sanskrit literature), Hindu legends, sculptures, masks and paintings of Hindu gods and goddesses as well as shrines and tools for rituals. Admission is free. 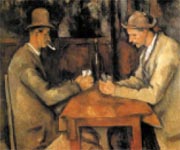 To Sept. 25: This exhibition, with a total of 134 works, including more than 70 paintings, photographs and drawings, is the third, and largest, exhibition of the Musee d’Orsay collection in Korea.

This year’s exhibition features some of the most famous works in history, such as Van Gogh’s “Starry Night Over the Rhone,” Monet’s “Camille Monet on Her Deathbed,” Renoir’s “Young Boy with a Cat,” Cezanne’s “Card Players” and the Barbizon school painter Jean-Francois Millet’s “Spring.” 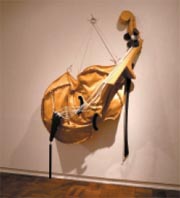 To Sept. 25: Pop Art by Andy Warhol, Roy Lichtenstein and Man Ray are among the 87 works by 47 artists shown in this collection from the Whitney Museum of American Art. Titled “Object” after the works of French Surrealist Marcel Duchamp, the show also features pieces from Claes Oldenburg’s “Soft Version” series.

Projected onto a large screen, Hong’s “Organic Geometry” shows computer graphics developing from a single pixel just like an organism sprouting from a seed. Meanwhile, Han’s media work on two flat-screen display panels shows the movement of the moon reflected in a pool of water in a white porcelain bowl, representing the flow of time.

Works by new artists will be added every month until Feb. 11, the day of the official opening of the center, which is expected to accommodate a variety of cultural and art events. Old Seoul Station, a Renaissance-style two-story building which was constructed in 1925 and survived the 1950-53 Korean War, has been closed since 2004, when Seoul built a new high-speed railway station right next to it. The first and second floors were renovated as multi-purpose halls for exhibitions, conferences and archives.

A performance created by the artist Yeesockyung, the traditional dancer Lee Jeong-hwa and others, will be held at 6 p.m. Oct. 7, Nov. 3 and Dec. 1.