[Sponsored Report] Fruit and meat sets for Chuseok from Nonghyup

[Sponsored Report] Fruit and meat sets for Chuseok from Nonghyup 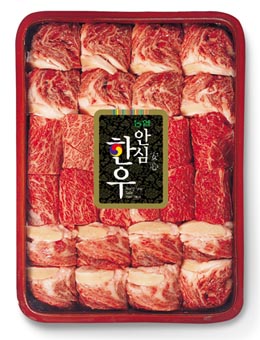 With Chuseok coming up, Nonghyup has prepared various gift sets that are made up of Korean agricultural products. Inexpensive but quality gift sets include the ‘Mokuchon’ ham and ‘Arumchan’ gift sets. There are various kinds of Mokuchon set, from canned ham and high quality handmade hams to Korean beef products. Prices range from 10,000 won to 100,000 won.

There are also Arumchan gift sets that include gochujang, sesame oil and perilla oil. These gift sets range in price from 22,800 won to 59,500 won.

The ‘Achimmaru’ and ‘Tteranae’ sets are good choices for fruit lovers. This year the apples come from Muju, Jangsu, Yeongju, Mungyeong, Yesan, Boeun and Chungju, while the pears are from Naju, Cheonan, Asan, Anseong and Sangju, cities famous for the quality of their fruit. There are also luxury gift sets of in-season fruits such as tangerines, peaches, melons and grapes. These fruit sets cost between 40,000 won to 100,000 won.

Alternatively gift certificates, called Nongchon Sarang, can be purchased for between 5,000 won to 1,000,000 won.