No special treatment for election fraud

No special treatment for election fraud 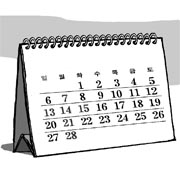 In 1999, U.S. District Attorney Norman Gahn in Milwaukee, Wisconsin, indicted a serial rapist who was never arrested. The name of the offender was John Doe, a placeholder used for a person whose identity is unknown. Gahn indicted the unidentified rapist because the six-year statute of limitations was set to expire in a few days. The indictment was accepted because there was sufficient evidence - including a DNA sample - to identify the offender.