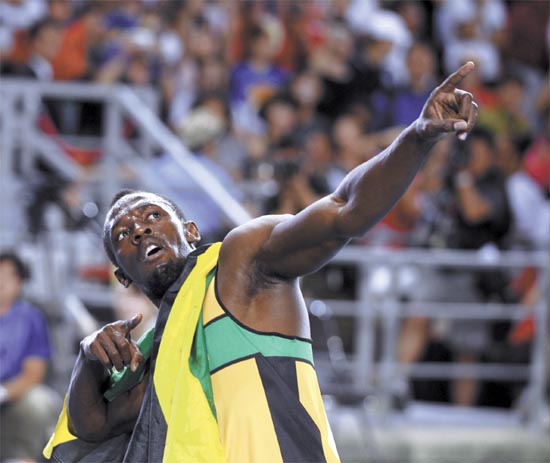 Usain Bolt celebrates after winning the gold medal in the 200-meter final at the IAAF World Championships in Daegu on Saturday. Bolt, 25, finished the line in 19.40 seconds, just 0.21 seconds below his world record, for the fourth-best recorded time in history. Walter Dix of the United States took silver in 19.70 seconds and Christophe Lemaitre claimed bronze with a French record of 19.80 seconds. Saturday’s victory was Bolt’s first in this competition as he was disqualified in the 100-meter final on Aug. 28 after a false start. He competed in the men’s 4x100-meter relay yesterday with teammates including 100-meter champion Yohan Blake. [NEWSIS]