Korea finds Worlds no race walk in the park

Korea finds Worlds no race walk in the park 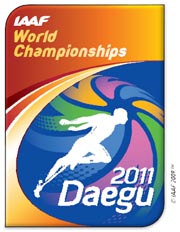 DAEGU - After finishing 35th in the women’s marathon on Aug. 27, the first event of the World Championships in Athletics, Chung Yun-hee collapsed, exhausted and in tears.

That performance seemed to set the tone for the other 62 Korean athletes at the biennial competition.

After the male marathoners failed to grab a medal earlier yesterday, Korea ended its nine-day campaign without a medal. None of the six finals yesterday evening included a Korean.

In the 28-year history of the World Championships, Korea is the third host, after Sweden in 1995 and Canada in 2001, to be shut out of the medal table.

It entered the competition with no medals from 12 previous championships.

The country did win an unofficial silver medal in the men’s marathon team event, which combines the three fastest times for each country, at the 2007 edition in Osaka. Since it was an unofficial feat, however, it did not enter the record books.

In Daegu, Korea had hopes of adding more medals in the marathon but ended seventh in the women’s team event on day one and sixth in the men’s on the final day.

Korea had set out a more modest goal - having top-10 finishers in at least 10 disciplines - under the so-called “10-10” project.

The result in Daegu was especially disappointing given Korea’s surprise performance at the Asian Games last November in Guangzhou, China.

Track and field athletes brought home four gold medals and 10 medals overall, in what amounted to the country’s best athletics performance at an Asiad since the 1986 Asian Games in Seoul.

Most of the medalists from Guangzhou were expected to ride that momentum and hit peak form in time for Daegu. But it was those winners that disappointed the most.

Of the four gold medalists from Guangzhou, male marathoner Ji Young-jun and female hurdler Lee Yeon-kyung didn’t even compete in Daegu. Ji was left off the team at the last minute after battling injuries and drug allegations - he was later cleared of charges - and Lee wasn’t fast enough to make the national team.

Kim Deok-hyeon, the long-jump champion at the Asian Games, reached the final in Daegu but had to withdraw with a foot injury. He sprained his left foot during qualification for the triple jump just hours before the long jump final.

Jung Soon-ok, the women’s long-jump champion in Guangzhou, couldn’t move beyond the qualifying stage in Daegu.

Oh Dong-jin, president of the Korea Association of Athletics Federations, said the torch should have been passed over to younger athletes a long time ago.

“Our key athletes here have been representing Korea since the 2006 Doha Asian Games,” Oh said.

“We have failed to discover and nurture new talent and we didn’t quite have time to overhaul the team before Daegu. Veterans came in with nagging injuries.”