The films “Leafie, A Hen into the Wild,” far left, “Wandeugi” and “The Crucible” are just a few of the films created from best-selling novels in a fast-growing trend. Provided by the distributors


The soon-to-be released Korean film “The Crucible” has a sure-fire selling point: the film is based on the novel of the same name by Gong Ji-young. Gong is one of a few star authors in Korea whose novels have sold more than a million copies.

When the novel was published in June 2009, it became an instant hit not only because it was written by Gong but because it is based on a true story. It follows a group of disabled children who suffer physical and sexual abuse at the hands of their teachers.

Although cinematic adaptations of best-sellers do not always guarantee success at the box office, they are providing rich fodder for film production companies looking for fresh material.

And the formula seems to be working, with theaters reporting record attendance numbers and bookstores reporting higher sales for novels old and new that have been made into films.

Fans, too, seem enthusiastic about the trend. Film fan Kim Ja-won, 32, said she was more excited about seeing “The Crucible” when she realized it was based on a book by one of her favorite authors.

“I prefer indie films to commercial ones like ‘The Crucible,’ but after seeing Gong’s name on the film poster, I really wanted to see it,” she said. 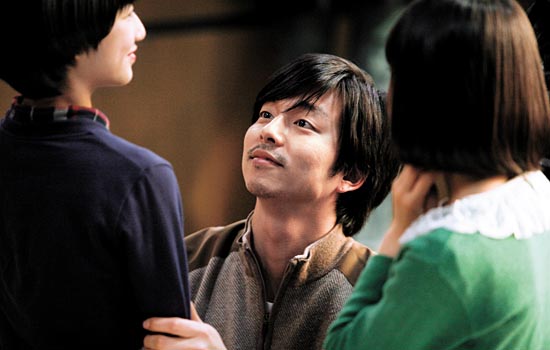 Before “The Crucible,” the animated film “Leafie, A Hen into the Wild,” which is based on the preteen novel of the same name, also had great success at the box office. Late last month, it surpassed the 2 million viewer mark, which is a first for an animated film from Korea. In fact, no Korean animated feature has drawn even a million viewers.

Shim Jae-myung, the head of Myung Film, which produced the film, told reporters earlier this year at a press conference that it was her initial belief in the novel that motivated her to turn it into a film.

“As a mother, I was deeply touched by the novel,” Shim said. “Many people were doubtful about whether the film would be a success, but I believed in the power of the novel.”

Another best-selling preteen novel, “Wandeugi,” is slated to hit theaters nationwide next month.

Film industry officials say, however, that turning novels into films does have its risks. “If the novel is a huge hit, it definitely helps in promoting the film, but there are also a lot of risks to consider,” said Eom Yong-hun, the head of Samgeori Pictures, which produced “The Crucible.” “That’s because it’s always hard for a film to live up to the expectations of fans of the novel. What you really need to do is decide whether the novel can be turned into good material for a film.”

According to Eom, many film production companies have begun purchasing the rights to books they want to turn into films.

“We own the copyrights to several books,” said Eom. “And we’ve just completed a screenplay for a film that is based on the American novel ‘How to Steal a Dog’ by Barbara O’Connor.”

Eom’s production company owns three copyrights for Korean novels and many others for Japanese and American novels.

Author Jeong Yu-jeong made a name for herself when she won the Segye Literature Award in 2009 for her first novel, “Shoot Me in the Heart.” Now, it is being made into a film that will be released this year. Previously, Segye Award winner Park Hyun-wook saw his book “My Wife Got Married” made into a film in 2008.

Despite the risks of adapting a novel for film, many industry insiders say it is worth it. The production company is able to capitalize on the popularity of the novel, while the publisher sees a significant increase in book sales.

For example, Gong Ji-young’s “The Crucible,” published in 2009, has become a best-seller again thanks to its rebirth as a film. Earlier this month, it was listed as the eighth best-selling novel at Kyobo Bookstore, the country’s largest bookstore chain. An employee at the store’s Jongno branch affirmed that the reason for its success is “largely because of the film.”

The same is true for preteen novel “Leafie, A Hen into the Wild,” published in April 2002. After the film was released in July, the book once again found a place on Kyobo’s top 10 list.