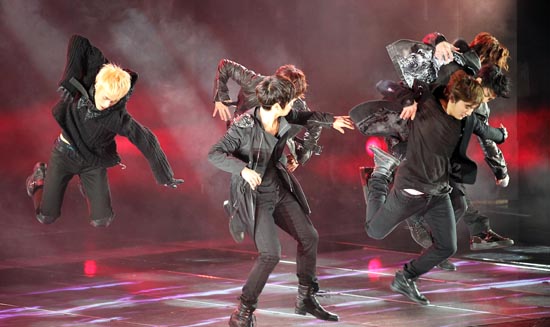 In its first ruling on the Ministry of Gender Equality and Family’s move to label albums and songs containing lyrics about alcohol and tobacco as “harmful” to children, the court has ruled in favor of an entertainment company.

Cube Entertainment, which manages the up-and-coming pop group Beast, announced yesterday in a press release that the Seoul Administrative Court had ruled in its favor after it filed last month to suspend the ministry’s decision to label the group’s first album as “harmful.”

The issue has created a tug of war between the ministry and the nation’s entertainment agencies.

Since its establishment in 2006, the ministry’s Juvenile Protection Committee has released lists of songs deemed “harmful” for teenagers. Earlier this year, it also added a ban on lyrics about alcohol and tobacco, saying it could encourage teens to drink and smoke.

The Beast album, “Fiction and Fact,” released in May, was deemed harmful because the song “On Rainy Days” contained lyrics like: “I should stop drinking because I’ve drunk too much.”

The court said in its ruling that lyrics alone can’t encourage teens to drink or smoke.