Reese Witherspoon hit by car during jog in U.S.

Reese Witherspoon hit by car during jog in U.S. 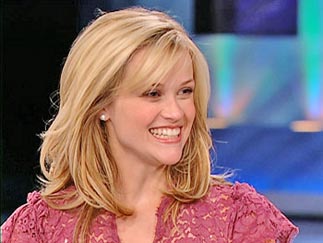 SANTA MONICA, California - Actress Reese Witherspoon was struck by a car while jogging near Los Angeles on Wednesday morning and suffered minor injuries.

Santa Monica police Sgt. Richard Lewis says the Oscar-winning actress was hit by a car driven by an 84-year-old woman.

Witherspoon was jogging in an unmarked crosswalk in Santa Monica when the driver struck her at about 20 mph (32 kph). The 35-year-old actress was taken to a local hospital for treatment.

Lewis says the driver was cited for failing to yield to a pedestrian in a crosswalk.