Family lost, but a love remembered

Family lost, but a love remembered 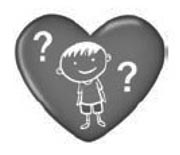 The love of a family can sustain a person through some of the worst times in life. When a family is not together, its stability is threatened, and the love is even more valued.

Ten years ago, the victims of the Sept. 11 terrorist attacks left messages in their last moments of life, and they were all about their love for their family. The last mobile phone communications between the victims and their families were published by the U.S. media at the time.

“Honey, something terrible is happening. It’s very bad up here. I don’t think I’m going to make it. I love you. Take care of the children,” Stuart Todd Meltzer told his wife.

Mark Bingham called his mother from one of the hijacked airplanes and said “I love you.”

Because the victims knew they could not be with their families again, the messages were very earnest and are still extremely moving.

But it is not just the death of a family member that hurts.

Families with missing persons also suffer a great deal of pain, as they often do not know whether the person is alive or dead.

In Korea, our experience with the missing is represented by the separation of families through the Korean War. About 3 million people came south from North Korea, creating 10 million separated families between the two Koreas.

In modern times, families are separated by other means, and every year about 30,000 cases of missing persons are reported.

Having a missing family member crushes a family emotionally, physically and economically.

The father of Song Hye-hee, an 18-year-old high school girl who went missing in 1999, gave up his life and began traveling the country to look for her, while her mother committed suicide out of depression. The father has carried out his search for 12 years and has said he has only one wish before he dies: to see his daughter’s face just one more time. No one can give up on a family member.

Ahead of the Chuseok holiday, the police located 1,438 missing persons from islands and shelters around the nation and arranged for the missing to return to their families.

In the future, I hope we will see more missing persons returned to their families - as though they are coming back from a long journey, not from an experience of disappearance - because everyone longs for their family during the holiday season.