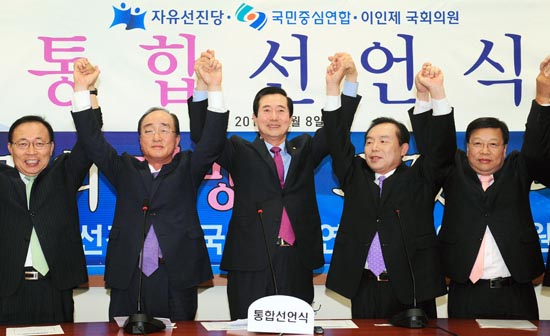 Two Chungcheong-based political parties, the Liberty Forward Party and the People First Union, announced their merger yesterday at the National Assembly. An independent lawmaker, Rhee In-je, also decided to join the newly merged party. As result of the merger, the new party will hold 18 seats in the National Assembly.