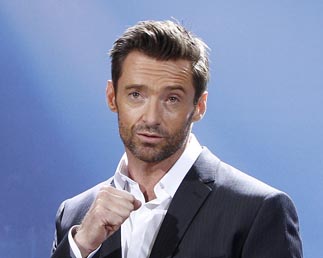 NEW YORK - The title says it all: “Hugh Jackman, Back on Broadway.”

The Tony Award-winner plans to bring his one-man show to the Broadhurst Theater on 44th Street from Oct. 25 to Jan. 1.

Jackman will be accompanied by an 18-piece orchestra and will perform his favorite musical numbers. He’s already fine-tuned the show in San Francisco and Toronto.

Jackman was in Rodgers & Hammerstein’s “Oklahoma!” at the National Theater in London and made his Broadway debut portraying the 1970s singer-songwriter Peter Allen in “The Boy From Oz,” for which he received the 2004 Tony.

The actor, who plays Wolverine in the “X-Men” movie franchise, was last on Broadway in 2009 with Daniel Craig in “A Steady Rain.”