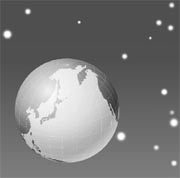 Is an encounter with extraterrestrial beings a blessing or a disaster? It is hard to say, based on the wide variety of alien beings depicted in film and on television.

Steven Spielberg’s E.T. may look strange, but it is an innocent creature who loves all living things. All E.T. takes as he leaves the earth is a flower pot. Most of the time, however, aliens are depicted in pop culture as predators and destroyers. In the movie “Alien,” Sigourney Weaver fights a dreadfully wicked alien who views humans as food. In the 2007 film “Invasion,” an alien life-form takes over human bodies. In the 1980s television series “V,” aliens disguise themselves as humans and pretend to advocate for peace. In 1987’s “Predator,” Arnold Schwarzenegger fights against the Predator, who turns out to be an extraterrestrial life-form.

Tim Burton’s “Mars Attacks!” (1996) is based on the age-old sense of caution about aliens. What ultimately saves the earth from destruction is a pop song on the radio. The tune and frequency of the song resonate in the brains of the Martians, killing them. It is a loose parody of H.G. Wells’ 1898 novel “The War of the Worlds.” When the novel was read over the radio in 1938, many of the 1.2 million listeners thought the Martian invasion in the story was real.

Perhaps our fear of extraterrestrial beings is part of human nature. Rather than living in harmony with the environment, humans constantly use up resources and move on to new territory. That may be the reason why extraterrestrial life forms are usually depicted as predators and destroyers. Following on this theme, filmmakers Larry and Andy Wachowski cynically compared humans to a virus in “The Matrix” (1999).

Since 1937, the BBC has broadcast ultra-high frequency waves in search of extraterrestrial intelligence, but no signs have ever been detected. This suggests that there may be organisms, but they are certainly not intelligent.

Stephen Hawking said he believes that there are aliens out there but that we should avoid contact. He may be wary of an encounter with the unknown from a very human perspective.

But the existence of extraterrestrial creatures changes the paradigms of religion and human existence. It could be what Tolstoi warned of as “gainless contemplation” in “On Life” or what Nikolai Gogol compared to the act of measuring the thickness of the shell of elephant’s egg in “Dead Souls.” Yet, we should not forget that scientific inquiry and challenge are the engines for new ways of thinking.